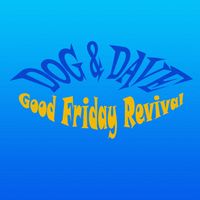 From the recording GOOD FRIDAY REVIVAL

The devil in Hell, were told, was chained
For a thousand years he there remained
He neither complained, nor did he groan
But was determined to start a Hell of his own

The Lord said,” Yes, there’s plenty on hand
I left it on down by the Rio Grande
So the devil went down and he took a look
But he knew right away that the Lord was a crook

The rattlesnake bites you, the scorpion stings
The mosquitos annoy you with their buzzing wings
The spiders are deadly and so are the ants
And if you sit down, you’ll need soles on your pants

But even the Devil himself needs a drink now and then
For the desert can kill the toughest of men
And if the heat ever rises to a hundred and thirty
Well, that’s more than enough to make even a dead man thirsty

*****
Hello, my Lord, I hope that you can hear me in my pain
The sun is getting much too hot and rotting out my brain
My throat is dry, before I die, I pray that it might rain
The vultures watch me closely, my bones they’d like to claim

Hello, my Lord, I hope that you can help me through this day
Before I have to drink my piss and sweat my life away
My skin is burning off, my blood is boiling in the shade
I hear the devil laughing as my soul goes up in flames

Oh, no, I’m falling to the ground, I’m crawling in the sand
The gold I never found, I searched all through the land
If Hell is where I’m bound, I guess I’ll join the damned
My soul is going down…..Hellbound

Goddamn, I swear its getting way too hot for me to breathe
My bones are led to slaughter as I’m begging on my knees
For a little drink of water and a little bit of breeze
A river nice and cold that is flowing to the sea
Cause I’m stuck out in the desert with a sun that’s big and mean
It’s a giant ball of fire and I’m sweating gasoline
The sky is burning up in this infernal misery
The devil’s right beside me as my soul begins to scream